I started the event with a brief introduction of Firefox OS Apps and why they are more powerful and flexible. As one rightly said, “WEB can do anything”. Meanwhile, everyone was amazed about the fact that FirefoxOS is built purely on HTML5, CSS3 and JavaScript.

It was followed by a session on “Privacy and Security” by Hitesh Aswani, where he  enlightened people about how they are being tracked by ‘Third Party’ sites and various mobile applications which they use on a daily basis.

Students were made aware about the fact that they are being tracked every time they connect to the Web.

Students were eager to know more but we had very little time as App-Dev hands-on session was in the queue.

It was then followed by an App Development hands-on session by me. Students were first asked to write their ideas on a piece of paper and then they were implemented into code. I taught them about Web APIs and how to integrate them into our apps using Firefox OS Boilerplate. I also demonstrated the use of various sensors using their respective APIs on a real Firefox OS device (Sony Xperia Z3C ). FirefoxOS Apps were demonstrated so that they can get the idea. Find me Google, M4Maths, Tic-Tac-Toe are few among those demo apps.

The event concluded with the announcement of the winners of the best app idea and distribution of swags.

And a surprise invitation was sent to all those students whose app idea was really good to attend MCR-Wingdings(Mozilla Community Rajasthan’s Anniversary Event).

The event was a great success as the motto to aware people about “Why privacy matters?”,”What web can do?” and “How to develop Firefox OS Apps?” was achieved.And we onboarded 30+ to our FSA team.Looking forward to work with you all.

Finally, see how they reacted to a question asked by me. ” Who all are ready? ” 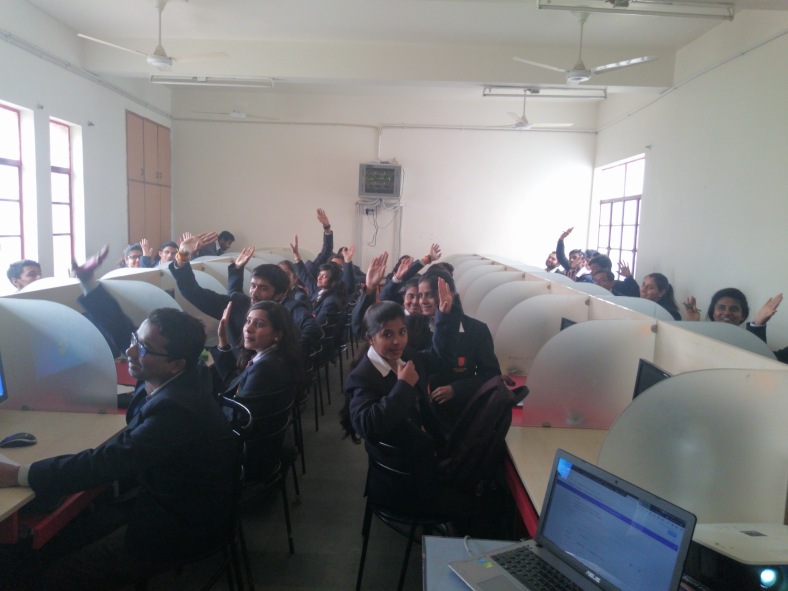