I started my journey in Mozilla as a contributor to Mozilla Community Rajasthan and met many enthusiasts who inspired me to do  every possible contributions i could do to Mozilla and Open source in general. I am from Jharkhand , after returning from Rajasthan, I met a mozillian from Jharkhand community, Amit Singh , he is very passionate about learning new things and very much like the idea of working in open.

I got to know many problems of the people wanted to contribute. Major problem is the availability of support from Mozilla and Mozilla Reps in general. There are many Reps from this region , but unfortunatly they are working outside this state. They are very helpful in arranging things, but… But they want their presence, they want to hear them in person and want to know their success story, how they came to mozilla and why….. There are many more questions asked by few contributors who wanted to continue the same. I listed their questions and figured out many possible things we could do together to improve the contributions from this region.

I moved to Ranchi officially , it was the time when i was very busy with my work. A phone call rang, it was Amit , wanted to know if i can organize an event in Jharkhand Rai University. I said yes, definitely . He introduced me to Prof. Shudhanshu, after meeting him we fixed the date, 6th Oct. 2017. Made a poster , promoted in Jharkahnd Rai University. 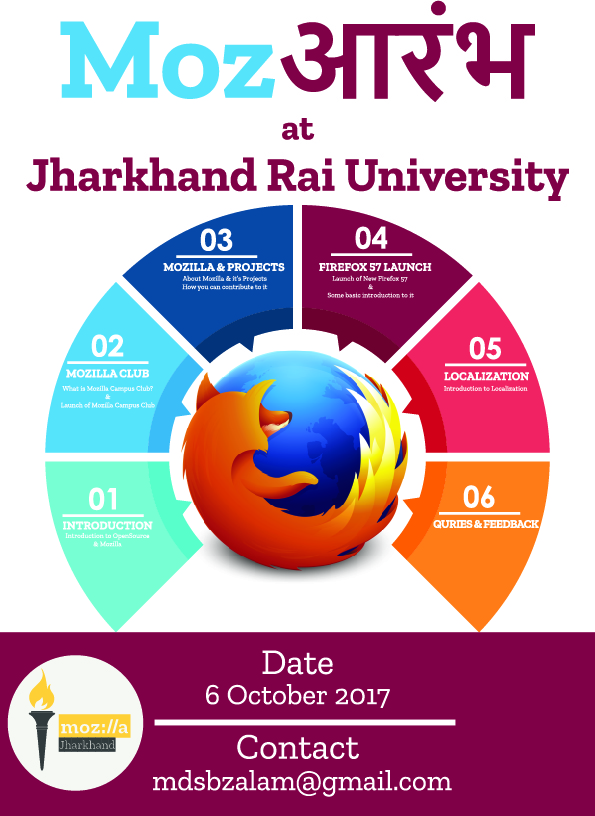 Event day, we reached the venue on time, we received a warm welcome. Prof. Shudhanshu introduced us infornt of students. I see a hall, full pacekd with students almost 200+ . I introduced myself  and why I choose to contribute to Mozilla and Open source. Students were listening this as if they were sitting in a lecture room. It was the tme to bring out few swags , in a minute everyone was answering questions, asking interesting questions. Swag has some power!!!!! 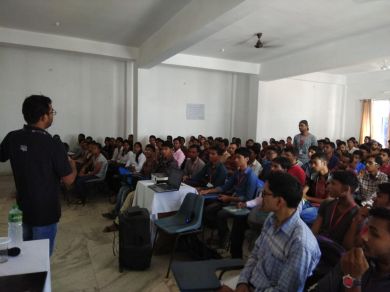 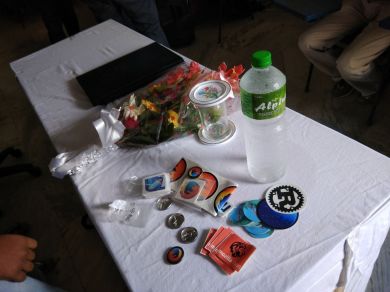 I started with introduction of Mozilla, Firefox and Open Source. To my surprise everyone knows about these things. Then I got to know that they had one introduction event of mozilla but after that never heard back from that mozillian. Then I introduced them about the mozilla’s products and projects, what actually matters. People were very excited to know about WebVR, Rust and WebCompat . 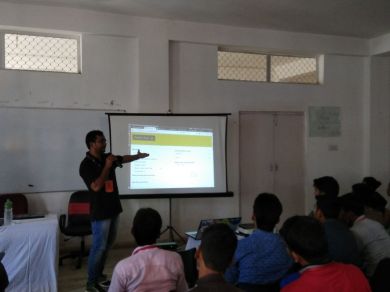 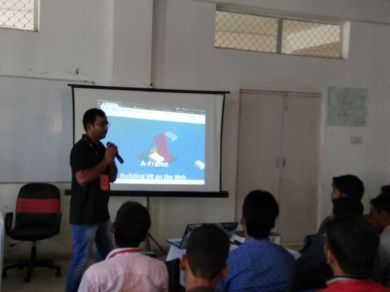 I forgot to introduce the speakers, I had Amit and Mahtab with me who was sharing the stage. Amit gave session on WebCompat and even showed a demo on how to file a report. Mahtab gave session on L10n and how a non-coder students still contribute to open source. 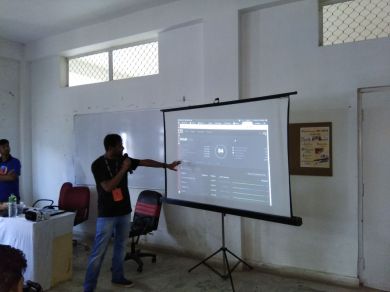 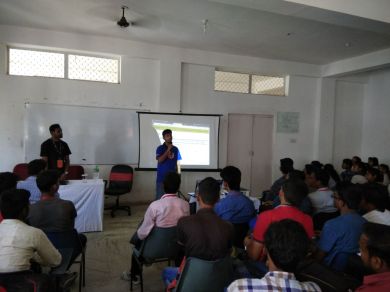 Event concluded with a group picture. A mozilla style of conclusion!! 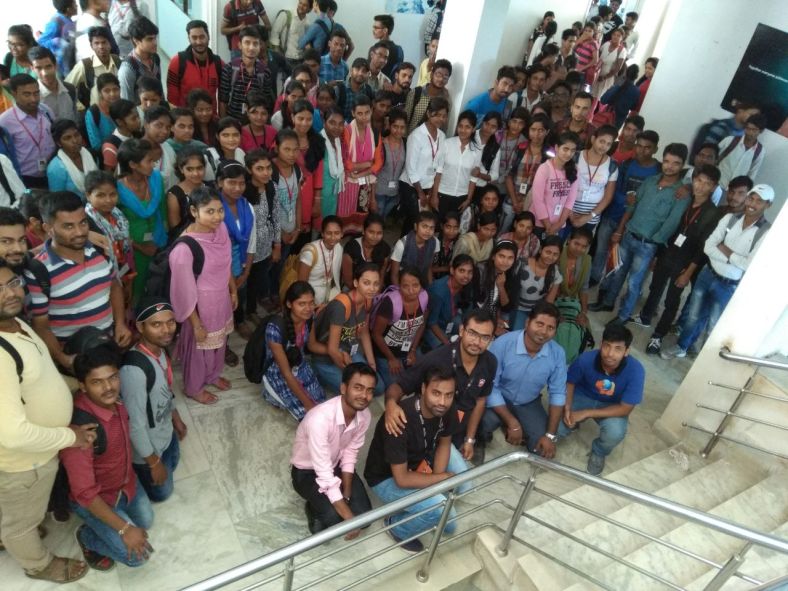 Actual thing happend after the event , there were 80 students who wanted to know the possibilities and ways to involve with Mozilla and it’s projects. We get back to the hall ,selected few students who have shown their interest in making a club. I introduced Mozilla Campus Club to them. We formed a team and created Telegram groups so that we stay in loop. 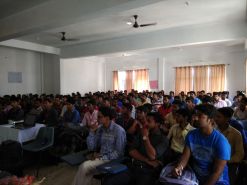 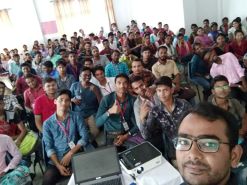 Mozilla Jharkhand has a facebook group and after the event people joined this group in hige number, from 170 we reached to 246 in a single day. Not only they joined in this group, they have introduced themself to this group, which i never seen in other community as this scale. This shows they are very active and only need a correct Mentor to guide them.

I will love to do the role of Mentor to them. And next day we were rocking on local newspaper. Planning a series of events in this college to educate them and make a good contributor. 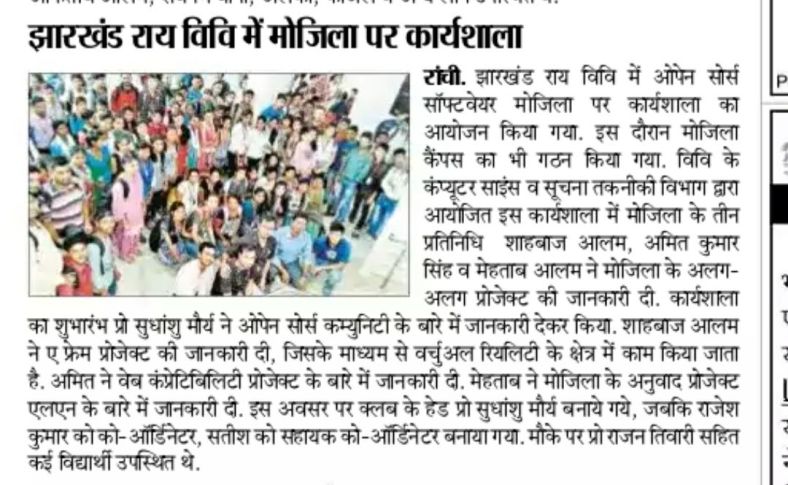 “Doing good is a part of our code.” – Mozilla